Introduction to the World of Giant Props

Giants have played a key role in many works of fiction, from Greek mythology to the latest blockbusters. This is why giant props are always awe-inspiring. This blog post will discover their most common appearance in our lives.

Whether you’re looking to purchase your own giant sculpture for a project or just want to gain a deeper understanding, this article will help you appreciate prop design and creation in various industries.

So where can we see giant props around us?

Marketing is an increasingly complex area. This means that brands are looking for more and more unique ways to draw attention to their products. One of the very popular trends is using massive branded props to attract the audience.

Many brands now use these sculptures as 'photo opportunities' as a part of their social media marketing campaigns. Props can also be used to grab attention at various events, such as new product launches, gaming expos or mall openings. Giant props are certainly getting noticed by consumers, which means that the companies behind them are making a profit thanks to the increased brand awareness.

We at Spur Creative have designed numerous giant marketing props over the years. One of our most recent examples is the 1.8-metre diameter Stardust Globe prop for the Goodwood Revival Ball. The giant Globe was sculpted in polystyrene and suspended 24 feet in the air, just above the main entrance.

2. In Movies and TV Shows

Some of the world's biggest props are definitely on screen: cars, spaceships, time machines, sea monsters — these all make up some of our favourite movie props. This year’s most talked-about film prop all around the world is probably the popular Netflix show Squid Game’s terrifying giant doll. Unless you've been living under a rock, you've probably seen pictures or videos of the robot doll somewhere on social media, especially around Halloween. The creepy doll has become a sensation as soon as the Netflix show went viral earlier this year. Of course, some brands have jumped on the bandwagon and used the prop's popularity to draw attention to themselves. A Thai shopping mall, for example, has erected a replica of this doll at the pedestrian cross by their entrance. They say the doll is to 'deter shoppers from jaywalking', however, we know that it must have brought many tourists to the shopping mall to take photos and videos. On the other hand, not many people know that the original Squid Game doll is publicly exhibited in South Korea, so we can take a selfie with the real terrifying thing (if we really want to).

Spur Creative has also created numerous film-related sculptures to be displayed in various cities. For example, we have created giant Birdman props to promote the Marvel movie in London.

We have also made some giant props for actual movie sets. One of our recent projects was sculpting 200 6-metre-long bamboo poles for an upcoming film. 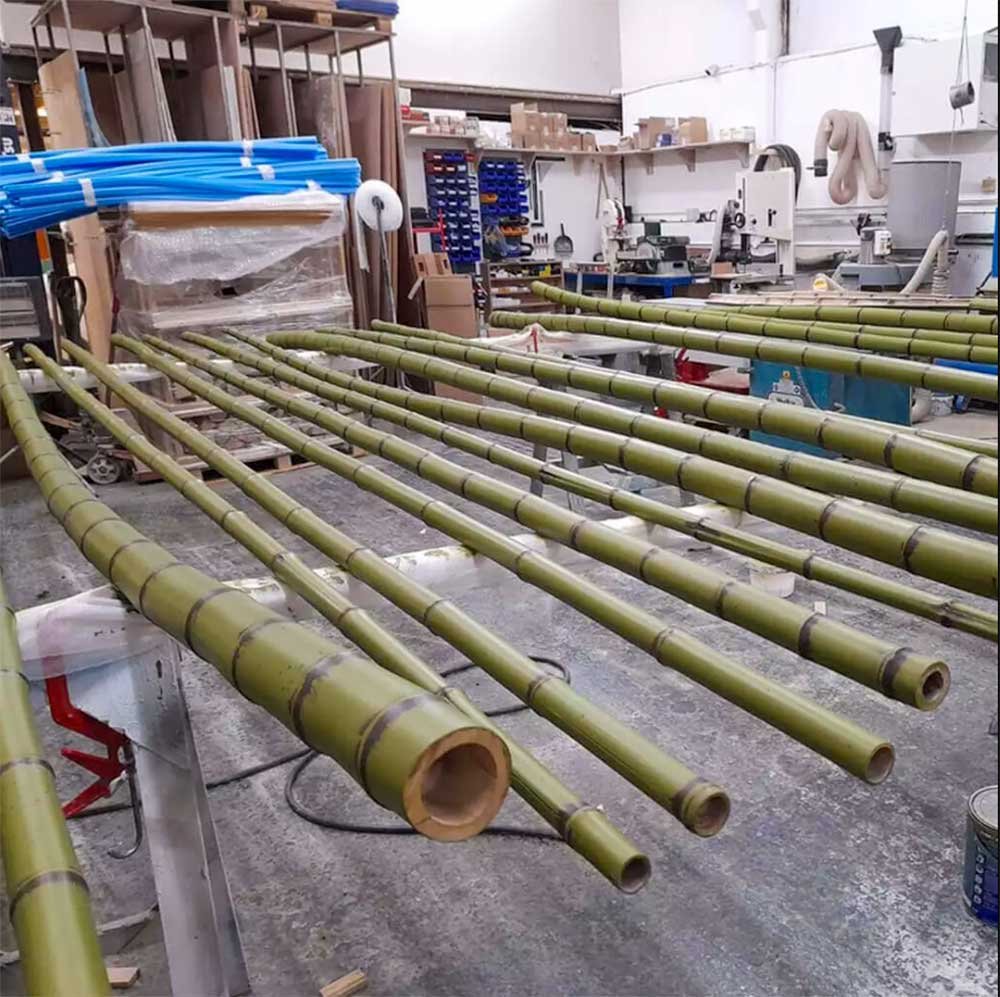 Giant props are also very common in museums. Want to go see Titanic but don’t want to actually get on a boat? Museums like Chicago’s Adler Planetarium (which is actually in Illinois, not at all related to Indiana) will let you do just that. The Adler hosts an exhibit called 'Titanic: The Artifact Exhibition', where visitors can see some of the actual memorabilia that survived when Titanic went down. Can’t make it out to Illinois? Good news! There's a 1:25 scale interactive model of the Titanic in the UK as well. You just need to pop down to the 'SeaCity Museum' in Southampton, Hampshire. For those who don't know, Southampton is the city from where the Titanic departed before tragically striking an iceberg during her maiden voyage to New York in 1912.

We at Spur Creative have also been involved in various museum exhibition projects. One of our favourite ones was sculpting three life-size horses for The National War Museum.

We can say that giant props are literally everywhere around us. Props play an important role in marketing, movies and various exhibitions. These sculptures can be used to create awareness of brands, events or even historical and cultural heritage.