We're not going to sugar-coat things here. We love giant props. That's probably because we make them, which means we are more than a little biased. We love the different things you can do with them, the weird and quirky ways they can be used to complement any event or show. So we thought we'd publish five of the myriad ways that giant props can turn your life around and bring a smile to your face.

1. Giant props can teach you about your history

We're going to cheat a bit on this one, and include giant puppets too. But that's only because we are in awe of how all things gigantic can be used to create a sense of wonder or spectacle, especially if you're looking to put a show on that your audience is going to remember for a long time to come.

Meet the Sea Odyssey team. They've been enchanting the crowds of Liverpool on a number of occasions now. They always appear when Liverpool is commemorating a historical event and they have proven to be a brilliant method of weaving historical facts together with fantastic stories.

First unveiled in 2012, Sea Odyssey saw three marionettes - a 50ft man, a 3ft girl and a 9ft dog take to the streets of Liverpool to mark the anniversary of the sinking of the Titanic.

Commissioned by Liverpool City Council, the success of the event saw the characters return in a different guise in 2014 to mark another anniversary - this time the beginning of the First World War, one hundred years previously. ​This time, in "Memories of August 1914", it was just the little girl giant and her canine companion who dazzled the crowds.

2. Giant props can (sometimes) tell your story much better than people can

Again, we are technically dealing with puppetry here, but surely by now, everyone is familiar with the Joey puppet, the horse who captured the imaginations of millions of people across the globe as part of the blockbuster theatre hit,  War Horse.

Whilst the play is an adaptation of an already successful book as well as a Steven Spielberg film, it is arguably the use of giant props and puppets that has made the stage incarnation that much more memorable. The life-like nature of the props was a testament to the craftsmanship of the people who made them and was surely a contributing factor to the fact that the play has long stayed in the memory of those involved.

3. Our brains go mad when faced with giant food

Here at Spur, we have made a number of different types of giant food props for our clients and collaborators. We think there's something strangely compelling about giant food. Our inner child can't help be wowed when we see our favourite foods in giant form.

Take, for example, this video of kids being treated to their favourite food...

They love it, right? That's because our brains are attracted to novelty: the new, the different, the bizarre. As humans, we are hard-wired to like shiny new things, especially when they happen to resemble something that is already close to our hearts. That's why that giant version of the Krave cereal boxes we created went down a treat. We are often drawn to novelty without being aware of it. 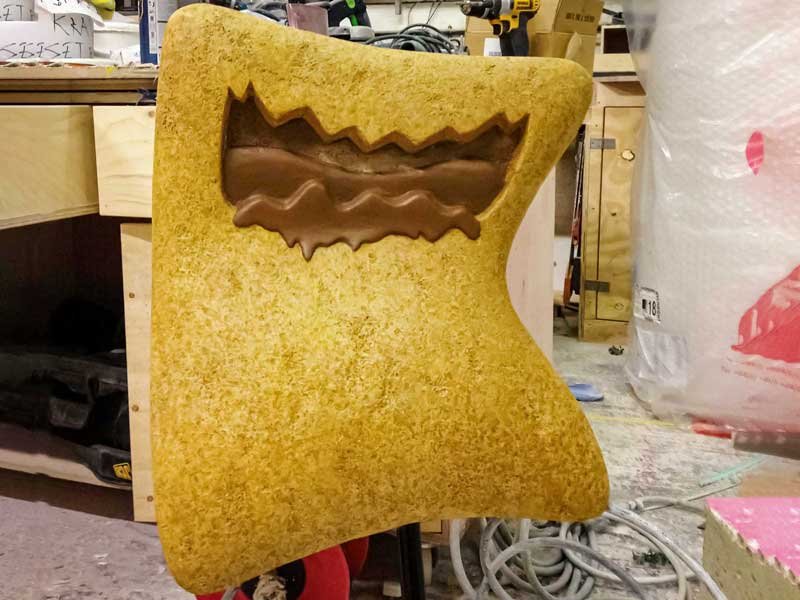 Our love of novelty means that we love anything big, shiny, which means we are especially open to giant objects which can be used as learning tools...this brings us neatly to point number 4.....

4. Giant props can help with our creativity and learning

Learning and creativity can be best served by playing and interactive learning. And what better way to experience learning than through the use of giant learning aids?

Using giant props when giving a lesson or a presentation are a proven method of ensuring that your audience and/or pupils have an enjoyable time. Props can help you land your points and ensure that the lesson will have a visual reference point, making it more memorable for all involved. Participants will have much more of a sense of how the lesson relates back to their lives. ​

Play and learning are especially vital for children, so giant props are great visual aids for teaching children about spatial awareness and problem-solving.  Below is an interesting (visual, see what we did there?) representation, courtesy of Columbia University of just how visual learning engages the brain. 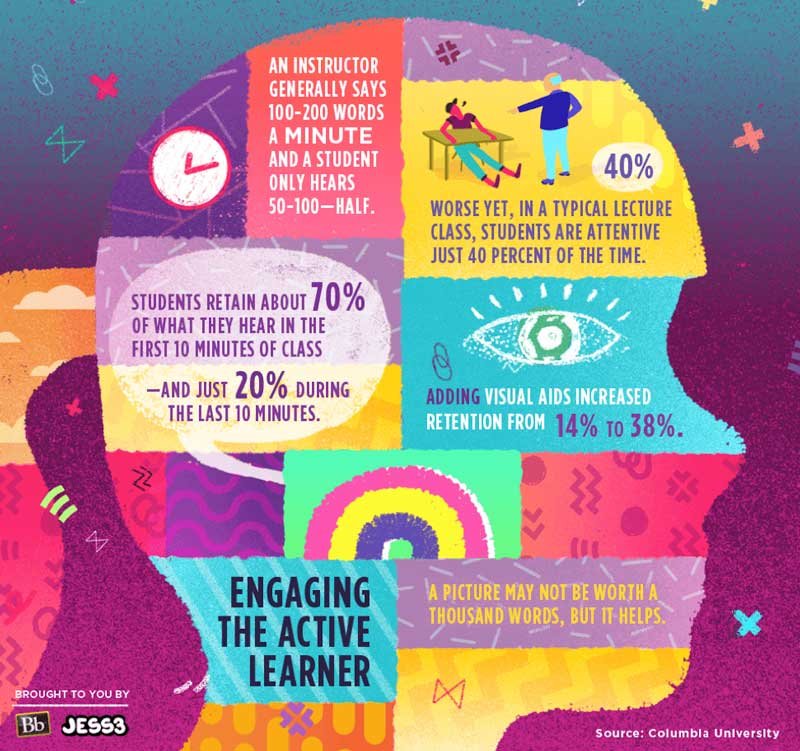 5. Giants have always given us a good scare

Giants have been some of the primary antagonists of some of our most enduring folk tales and stories. With Mark Rylance due to take the title role in Steven Spielberg's new version of The BFG  later this year, the appetite for giants as sources of fascination for young people has clearly never been stronger.

Whether it's giants or ogres, children never fail to be enthralled by big characters (both figurative and literal), as they are often so completely "other", so utterly "alien" that they immediately conjure up images of far-away kingdoms and fictional realms.

Giants are often a great way to teach young children about morals and ethics; the lesson from stories such as The Selfish Giant and The BFG is that appearances are not always what they seem; this lesson will often remain burned into our psyche as we reach adulthood. Giants who were initially perceived as fearsome and cruel are actually shown to possess great kindness and inner strength. Here are some images of some of our favourites; the BFG himself and the giant who is the antagonist of Jack and the Beanstalk. 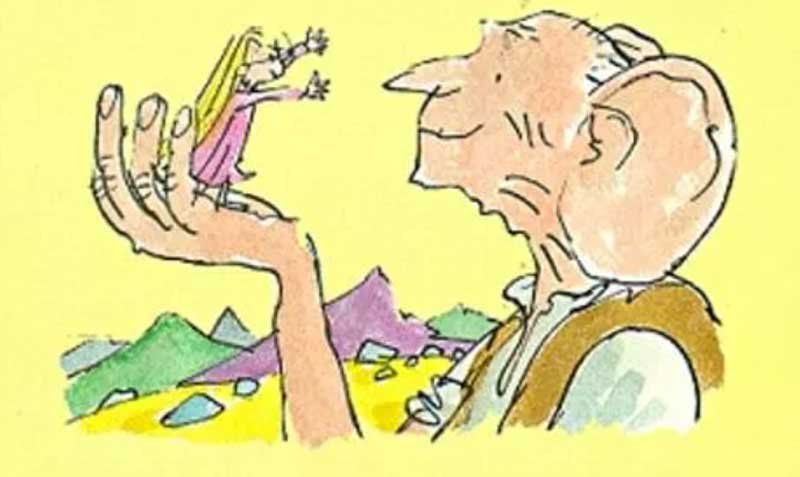 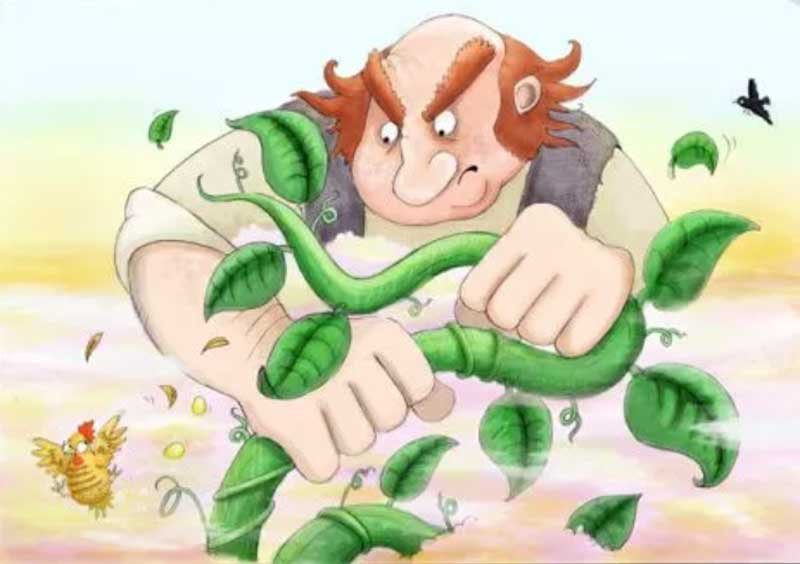